Get your shit together, people

Disclaimer: I live in Brisbane, Australia. My only real window to what is happening in silicon valley is HN and the blogs of various founders and VCs from the valley. If my assumptions are completely wrong, please do let me know.

Right now in the world there are so many talented and skilled developers - why are so many of us working on such shitty, menial ideas? I mean there are exceptions - but it also seems like there are so many people working on really stupid things. No, I don't want to sign up to your bootstrap themed product which looks like it was thrown together in a week and performs no valuable purpose to my daily life (which I can’t replicate more elegantly with a text file). It seems like we are becoming so intent on ‘shipping’ something, that we are willing to throw anything out there and hope that by chance, we make something that someone, somewhere wants.

This article by Marius Andra really struck a chord with me and somewhat inspired this post.

A friend of mine is starting what can only be described as a combination of Facebook, Groupon, LinkedIn and Foursquare. He’s super excited and hasn’t talked to any potential customers yet.

I know a guy whose startup pivots twice a year, each time hoping to solve a problem that’s not really there. Now they’re cloning Yammer.

Some other guys had an idea, received validation from two potential clients, raised funding, hired a lot of people, built a product and discovered nobody really wants to pay for it.

Here’s a thought, spend more time on something which you know is great, and launch it with polish. Don’t ship your shitty, half baked product - launch it well and give people something to gasp at. Until then, keep thinking.

We are treating business like it’s a fucking art form. If you haven’t already seen this, read a couple of posts on Double Stealth, if this sounds anything like you, go find a mirror, look into it for a long time and seriously thing about what you doing.

Remember this: business is about selling things to people. People are just like you - if you are working on something which you would not personally stand outside in the cold for a couple of hours to pay money for, you’re probably doing it wrong (Well, not quite to that extent, but I’m sure you know what I mean). 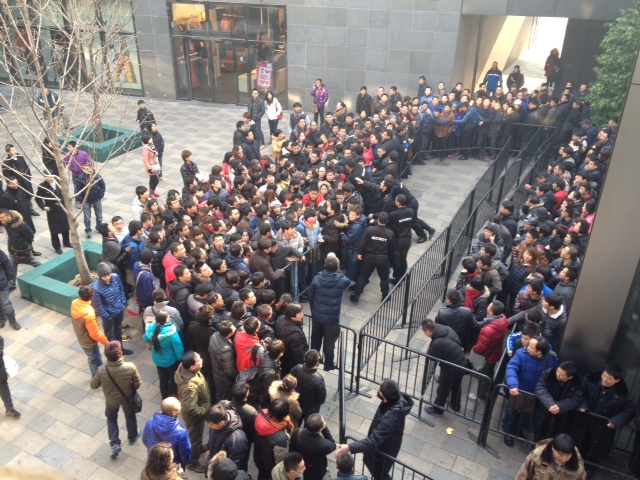 The other thing to remember is that most consumers do not really care about (or understand) how your product is slightly better in some way than what they use right now - for them, it’s much easier to stick with writing shit down on a piece of paper than figure out how to use your swanky web-based AJAXy responsive ‘disruptive’ to-do list which syncs between multiple devices and uses local storage for fast access to data.

Give them something they are genuinely amazed by - I remember when I first saw an iPhone 3G in the flesh (the original iPhone was never released in Australia). My friend came over to my place one afternoon and showed me this new phone of his (at the time I had one of these babies, a HTC TyTN II) I had never used a capacitive touchscreen before and thought it was fucking magical. Needless to say, I went and bought one as soon as my high-school job allowed me to.

The moral of the story is that you need to make products which make people do that. Build something so awesome that it sells itself, I had never seen an Apple commercial or read the tech-specs - but after playing with it in my hands for a couple of minutes I was absolutely sold.

Now stop sipping soy lattes in a cafe behind your Macbook, reading Hacker News and pondering which company you want your shitty little insignificant thing to be acquired by, and build something which makes people's fucking jaw drop